“The curious habits described in this book can be seen as ingredients with which technological objects are domesticated by people, integrated into their own daily routines. Fixing strategies, nervous tics, device juggling or courtesy postures, to name just a few, are not only peculiar interaction habits, they reveal how people normalize so-called “futuristic technologies” or what seemed magical and complex at first. They highlight the ingenuity users employ to repurpose and adapt digital technologies to their own context. One should see these insights as constant design patterns in the evolution of technological products and services.

Our speculations about the future of digital gestures, either in the form of a text or film, are not just meant to envision the “future” or the evolution of technology. They can also be seen as a “B-side” to future scenarios produced and promoted by high-tech companies. The “curious rituals” are really about the gaps and junctures glossy corporate videos on the “future of technology” do not reveal; possible alternative scenarios where some of these devices could be adopted, mis-used, re-appropriated.

The questions we asked and the possible implications we arrived at on the project, should be relevant to anyone who is interested in envisioning the future. These are starting points, first questions on how technology could be domesticated, repurposed, recycled in interesting ways outside normative technological discourse. In turn, we hope the answers we come across during the project would lead us to alternative paths not yet explored. “

Nova Presents… CURIOUS RITUALS is presenting our research findings today at IN/CONCLUSIONS along with the rest of the design researchers at Art Center. 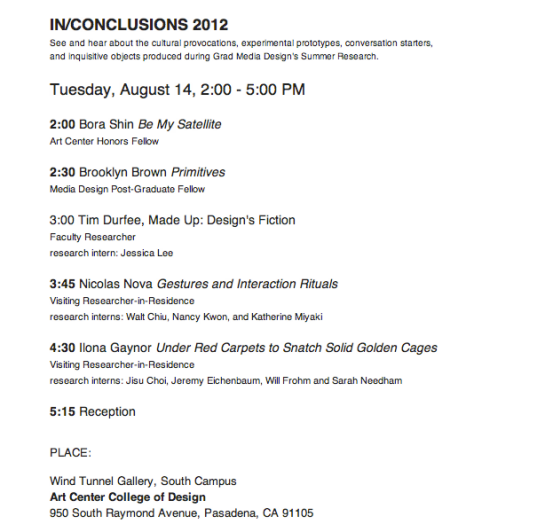 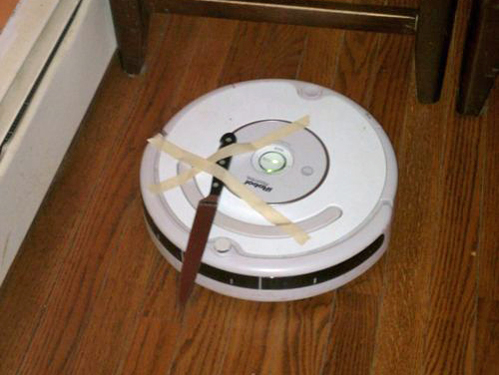 A Day Made of Glass

Rough Cut. Nicolas, Katie & I just saw the footage Nancy shot last week together for the first time. The three of us have been working on separate tracks: Katie with illustrations, Nancy film & me preparing/editing/proofing Nicolas’ text for layout.

Though we’ve all seen the script, it’s still super-compelling to see live actors performing the script on location. With sound. There is still some tweak we need to make, but overall we’re on track.

And plus: We got a teaser trailer ready for next week! 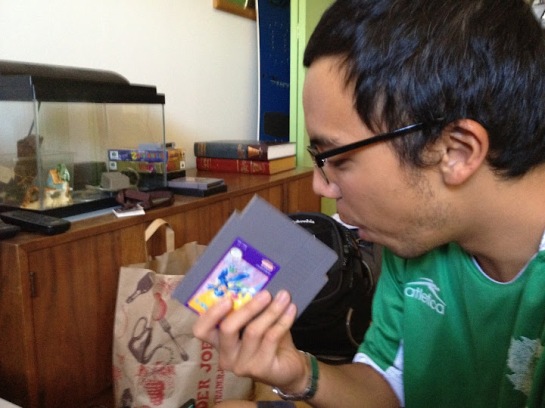